The Unterland has spoken

[After world war one Unterland was separated from the rest of South Tyrol. The German speaking population of Unterland became a minority group of the province of Trento]

In an impressive rally, after a quarter of a century of fascist oppression, a resolution was passed that concluded with the words: “The land north of Salurn is Tyrolean land. We have been Tyroleans for millennia and belong with our brothers of Bozen, Brixen and Meran. We will not let ourselves be separated, on good days and on bad days we want to share the same fortunes with an unbreakable bond. The Unterland to Bozen, South Tyrol to the South Tyroleans!” 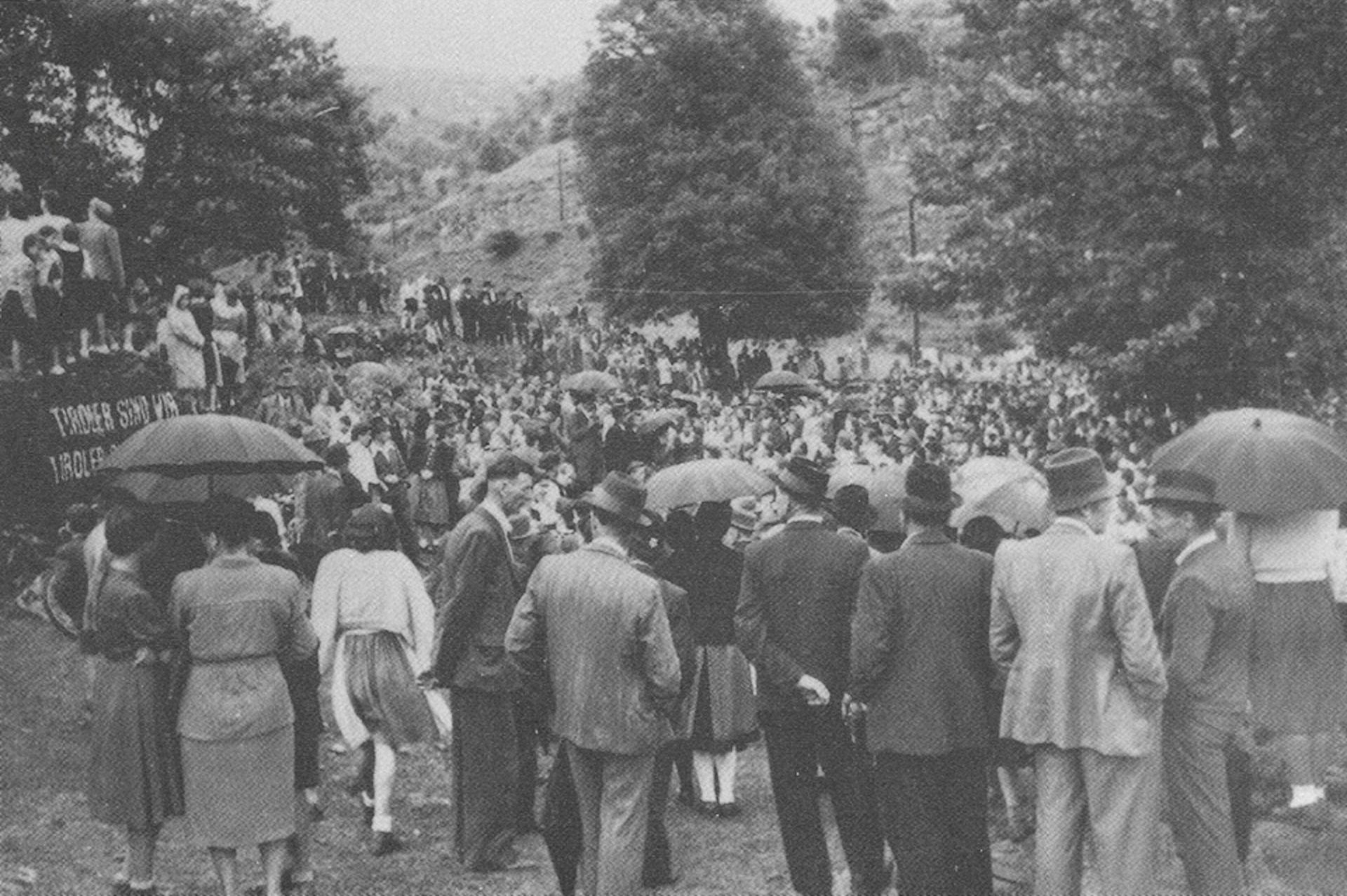